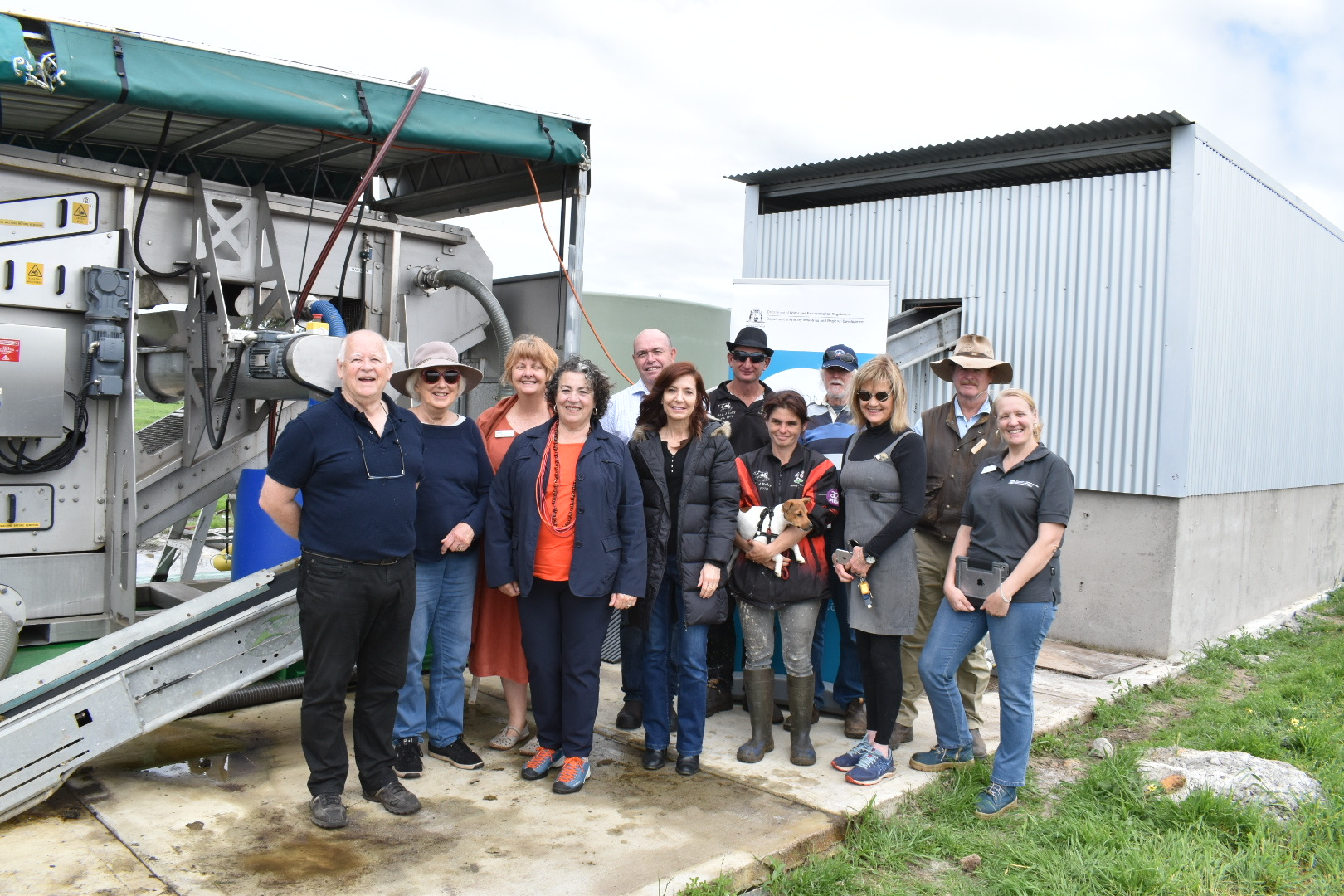 I am delighted to announce the commencement of our dairy effluent separation trial in the Scott River area to determine whether it is possible to separate effluent efficiently and economically into reusable liquid filtrate and stackable manure solids to prevent nutrients and organic materials from going into the waterways.

You can hear our Deputy Chair Ian Williams explain what is happening by clicking on ABC report on the link below:

The trial is funded by the State Government’s Regional Estuaries Initiative through the Department of Water and Environmental Regulation (DWER). The Initiative is a $20 million State Government program to improve the health of six estuaries in the South West including the Hardy Inlet which receives water flows from the Scott and Blackwood Rivers.

They also funded the Dairy Farmers’ Survey I wrote to you about last December, part of the biogas viability study, which identified a high level of interest on the part of farmers to provide their dairy effluent to a biogas facility as an alternative effluent management system providing the solution was practical, low cost and reliable. The separation trial represents the next stage of the viability study.

Together with scientists from UWA and the University of Southern Queensland, the Lower Blackwood LCDC and local farmers we identified the need to separate the solid and liquid component of dairy effluent as an essential first stage in the extraction of the energy content with the additional benefit of keeping the nutrients and organic material in the effluent out of the waterways.

The trial was formally opened today by the Hon Adele Farina MLC representing representing Water Minister Hon Dave Kelly. The trial at a dairy farm in Scott River will be carried out over the next six months and constitute a scientific, real life, on-farm assessment of fresh dairy effluent separation using a WA designed agricultural filter called the “Z-Filter”. The Z-Filter was chosen for its potential to capture a high proportion of the nutrient component of the effluent directly into a stackable solid fraction, suitable for cost-effective transport and leaving the liquid filtrate suitable for reuse.

The total cost of the trial is $180,000 with funding of $135,000 being provided by the Regional Estuaries Initiative. The remaining $45,000 is being funded from cash and in-kind contributions from AMRCCE and the dairy farm hosting the trial.

We firmly believe that dairy manure separation provides a real alternative in dairy effluent management as it could greatly reduce the need to store fresh effluent in holding ponds, especially for irrigators who constitute 80 per cent of the farmers in the Lower Blackwood and Scott River Catchment”. The adoption of solids separation across the broader region could reduce greenhouse gas emissions by 5,000 tonnes and save 365,000m3 of water per year, with filtered effluent being more readily available for reuse.

The benefits of this trial could well extend beyond this region as a model for other catchments as it illustrates “best practice” closed loop concepts for agricultural effluent.

Our next efforts will include sourcing funding for on-farm testing to determine the optimal use of the solid fraction of the effluent whether it is spreading it as a compost after the extraction of biogas (anaerobic composting) or as regular compost (aerobic compost) or as straight “filter cake” should its use for energy production not prove feasible.